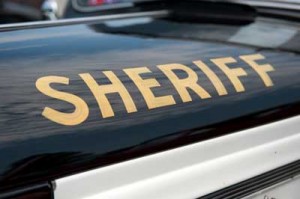 Mrs. Henry was running some errands that morning while Mr. Henry had taken the day off to spend it with their five children.*  As Mr. Henry was making breakfast, their eleven- and eight-year-old daughters, Regina and Sarah, were supposed to be outside doing their chores.  Instead, they had run away.

The girls had been reading an award-winning fictional children’s book about two children who ran away from home and had a grand adventure at the local art museum.  Inspired by the book, Regina and Sarah decided to have their own adventure as runaways.  They brought their knitting and blankets, and set off for the local village, where they intended to sell their handwork.

It did not take long before Mr. Henry realized that the girls were missing.  After searching the house and property, he called Mrs. Henry, who started driving home.  On her way back, Mrs. Henry encountered three deputies’ squad cars on the side of their neighborhood road.  Regina and Sarah were in the back of one of them.

Mrs. Henry stopped and talked with one of the deputies, who said they had been suspicious when they saw two young girls walking along the side of the road with their blankets.  When Mrs. Henry asked if she could have her children, the deputy refused to let her see or talk to them until Child Protective Services (CPS) arrived.  Mrs. Henry got back in her car and called her husband.  Because they were members of Heritage Defense, Mr. Henry then called the Heritage Defense urgent line and was immediately connected with an attorney, Bradley Pierce.

Once Mr. Henry explained the situation, Pierce called and spoke with Mrs. Henry, who was still sitting in her car on the side of the road while she and the deputies waited for CPS to arrive.  After speaking with Mrs. Henry, Pierce asked to speak with one of the deputies.  When Mrs. Henry brought the phone to a deputy, the deputy refused to speak with Pierce.  Pierce requested that Mrs. Henry ask the deputy what grounds he had for holding the girls in temporary custody.  After Mrs. Henry asked the question, the deputy got on the phone with Pierce.  The deputy claimed that the girls were not in temporary custody because they had picked them up on the side of the road for their safety.  Pierce thanked him for ensuring the girls’ safety, but stated that it had become temporary custody when Mrs. Henry had arrived and the deputies refused to return the girls to her.  The deputy ended the conversation without stating any grounds for why they would not let Mrs. Henry have her daughters back.  In less than a minute, however, the deputy said they would be taking the girls back to their house.

When they got to the house, the deputies let the girls go in while Mr. and Mrs. Henry were asked to come and stay outside.  By this time, yet another deputy had arrived.  The four deputies then aggressively attempted to question the Henrys while trying to exclude Pierce.  After Pierce repeatedly insisted that all questioning go through him, the deputies finally stopped and left.  The Henrys went back inside their home, and Pierce prepared them for the arrival of a CPS investigator.  Then they prayed.

Later that day, the CPS investigator arrived.  Pierce got on the phone with her, explained the situation, and gave her permission to speak with the Henrys with Pierce still involved in the conversation.  After talking with the parents, she asked to interview the children.  After speaking with Pierce, the Henrys agreed as long as Pierce could monitor the interviews and as long as the questions were limited to the situation and did not become a defiling experience for the children.  The investigator agreed and conducted the interviews on the front porch and never went into the home.  When asked by the investigator, the girls said they regretted running away and explained they had thought it would be a big adventure.  After talking with the children, the investigator said she was closing the case the same day.

We are grateful to God for the happy ending to this case, and we are reminded of our need as parents to be diligent and discerning about the ideas and influences which we allow into our home.  The book these girls had imitated made running away look fun, exciting, and adventurous.  It was out of the Henrys’ library by the end of the day.