After her daughter showed signs of congestion, the mother of a 9-month-old baby girl known only as “Baby H” placed her on a pillow in her crib after giving her Tylenol.

Three hours later, the mother discovered that although her daughter had not moved from where she had laid her, “Baby H” had tragically passed away. Within hours, social services was at her door.

Although a coroner interviewed the mother, x-rayed “Baby H,” and reported there were no concerns, a CPS investigator soon arrived at the home. 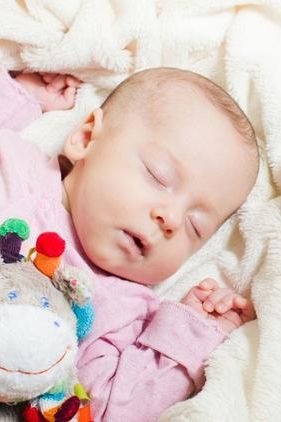 Despite the fact that there were no signs of trauma and the cause of Baby H’s death was unclear, the investigator said the basis for the investigation was that the mother had placed a pillow in the baby’s crib and thereby created an “unsafe sleep environment” which necessitated an abuse and neglect investigation of the mother. When the investigator sought to interview the mother, she was not surprisingly described as “distraught.” The investigator then questioned the children and asked them a number of irrelevant questions, including about the home environment and whether they were disciplined.

The investigation of “Baby H’s” parents stems from an Illinois policy that took effect in July 2015, requiring DCFS to investigate all child deaths that involved “unsafe sleep environments.” Under the policy, if a parent slept with their infant children or placed blankets in their child’s crib, they are subjected to a DCFS probe. Furthermore, if a coroner or law enforcement officer reports to the DCFS hotline that a baby has died during their sleep, DCFS will open an investigation even if the caller indicates there were no signs of abuse or neglect.

As one might expect, these investigations are invasive and extremely stressful. Parents who are still grieving the tragic loss of their children are now faced with being separated from their remaining children or losing their jobs.

In this editorial, the Chicago Tribune Editorial Board ultimately concludes: “Parents who co-sleep or accidentally roll on a child or put a pillow in a crib should not be investigated and flagged as neglectful parents if there were no additional circumstances, such as drug or alcohol use, during the event. Yes, co-sleeping comes with risks. Those risks are worthy of a heightened, national education campaign for parents. Arm them with information. But don’t persecute them for a tragic mistake or happenstance.”

DCFS Inspector General Denise Kane put it well: “Investigating parents for abuse and neglect solely because a child died unexpectedly during sleep is intrusive and harmful to families and should not be allowed.”

Please note that by clicking the above link, you are leaving www.heritagedefense.org and may encounter inappropriate content and images that are not endorsed by Heritage Defense.

If you are a member of Heritage Defense and your family is ever falsely accused of child abuse or neglect through social services, we are ready to defend you and your rights. Please share this post and encourage others to learn more about Heritage Defense.

If you are not yet a member, please join today to have 24/7 access to experienced, Christian attorneys ready to defend your family.