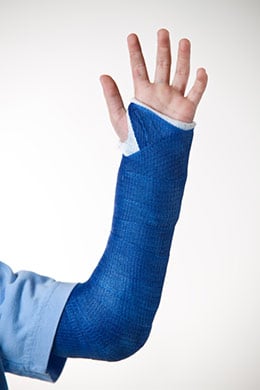 “Could he have some horrible health condition we knew nothing about? One thing I didn’t even think about was how it would look to the doctors and CPS.”

A member family who joined last year shares how they learned about Heritage Defense in the midst of a CPS investigation.

This article was originally published in the March 2016 newsletter of SPICE@home, a homeschool support group for the western slope of Colorado.

By Stephen and Courtney Smith

In August last year our son broke his arm in the middle of the night. We woke to him crying. Our whole family were in their beds sleeping. My husband went to check on him and found that his arm was broken. We quickly got him into shoes and rushed him into the ER. As my husband drove him in while I stayed at home with our sleeping children, I had so many thoughts running through my head. “Could he have some horrible health condition we knew nothing about?” One thing I didn’t even think about was how it would look to the doctors and CPS.

The next day the questions began. We had police officers, social workers and doctors in our room asking us how it happened. The most frustrating thing was that we didn’t know. He didn’t know. He woke up with pain in his arm. We still don’t know if he fell from his bed and got back in; or if he caught it in the bed frame and twisted it funny. Everyone (according to protocol) kept him in the hospital running more tests than you can imagine, looking for signs of abuse. We were questioned separately by CPS and a police officer about what had happened, about how we disciplined, about how he and his brothers got along.

Every moment I was terrified they would show up at our home and take away our children or not let us see our son. The officer did come to our house to photograph his bed. On our last day at the hospital a new doctor came in and was so “friendly,” starting up conversations. We later found out she works for CPS and was feeling us out and interviewing us. Then they cleared him to come home. We brought him home and sighed a sigh of relief that it was all over.

The next week CPS showed up at our home and said that they needed to interview our children. This is where we began to seek legal counsel. We asked to schedule a time for CPS to come and they were accommodating. We had a membership with HSLDA so we called them, even though this wasn’t homeschool related. They were so incredibly helpful. They reminded me that I had rights which I had forgotten in all the chaos. A friend recommend Heritage Defense, which we had never heard of. We called them and were immediately treated with respect and encouragement. They told us that since we were not members they couldn’t cover his case but they would be happy to discuss legal counsel with us. We spoke to a Christian lawyer, who was a homeschooling daddy himself, for an hour at no charge. He advised us of the many ways we could handle things. When the time came for our appointment with CPS we were informed. We felt empowered by knowing exactly what our rights were. The worker was polite and we prepared our kids ahead of time explaining to them to just answer her questions truthfully and concisely. At the end she said we were done and should never hear from them again. She said it wouldn’t even show up in a file.

There were some things that I learned through the whole process. It was terrifying. Truly, even when you know nothing bad happened it was one of the most traumatic moments of my life. At the same time, I didn’t have to be terrified. God is in control and I lost sight of that. I realized that when it came to my babies I had a much harder time trusting.

The officers and CPS workers have a very, very hard job. You wouldn’t believe some of the things they see on a regular basis. As we interacted with them, they again and again thanked us for being so polite and non-defensive. They said that often parents respond with intense anger right from the start. Treating them like people and letting them know that you understand they are just trying to do their job goes a long way.

Prayer makes all the difference. I was astounded how many brothers and sisters in Christ came alongside us, praying and sending verses and encouragement. I believe that God moved in the hearts of the workers we interacted with.

Seek legal counsel. Know what your rights are and what they aren’t. You will be surprised by how much control the CPS will act like they have when they don’t. We couldn’t have been more surprised and pleased by how HSLDA and Heritage Defense responded. We are now members of both.

COPYRIGHT © 2010-2021 HERITAGE DEFENSE. ALL RIGHTS RESERVED – PRIVACY POLICY
Information on this site is not legal advice or a substitute for legal advice.

COPYRIGHT © 2021 HERITAGE DEFENSE. ALL RIGHTS RESERVED
Information on this site is not legal advice or a substitute for legal advice.