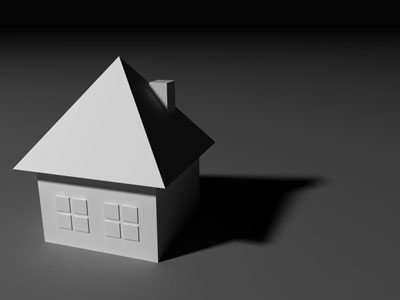 New Jersey social services has taken five children from an Army Major and his wife. The children were taken after one of the children had to receive emergency care for a medical condition. Social services claimed that this might have been a result of physical abuse, but after evidence was presented disproving the allegations, the children still were not returned home.

To keep the children in foster care, social services now accuses the parents of abusing their children by exercising corporal punishment, depriving them of television and video games, and “harming their social development” by homeschooling. A “therapist” hired by social services has called the parents “excessive Christians.”

To top it all off, once the story hit the news, the judge imposed a gag order on the family, forbidding them from communicating with the media.

This shocking case reveals at least three facts about the institution of social services.

First, a social services agency is not your friend.

“It’s been difficult to work with them and try to walk in integrity and love when you know anything you say will be turned around and used against you.”

* * *
“[Social services] had the information to exonerate us before they removed our children, but they continued on to try to gather information to remove the kids,”
* * *
“This has not been an objective investigation in the first place. They want to adopt the children out, because they get money for adopting children out.”

Secondly, many social services agencies view with suspicion those who actually practice their Christianity.

“We were told we’re ‘excessive Christians’ by our therapeutic supervisor,” a contractor, said [the father].

* * *
“When the kids were in custody, they said ‘Yes, we were spanked,’ and they quoted the Bible, ‘Spare the rod, spoil the child.’ So said they were beaten with rods and are ‘over-religious,’ and took their Bibles away[.]”
* * *
In addition to physical abuse, the [parents] have been accused of abusing the children through corporal punishment and depriving them of TV and video games, and of harming their social development through home schooling.
* * *
“They put our children into homes completely opposite to our lifestyle … It has just been a constant barrage of them coming against our faith[.]”
* * *
During a visit with the children, a supervisor told Jackson he was not allowed to pray with his children for reunification of the family.
* * *
[T]he foster family enrolled [the children] in public schools in defiance of a court order allowing the [parents] to enroll their children in Christian schools.

Finally, social services agencies are largely unaccountable and often operate under a curtain of secrecy.

“They’re not accountable to anyone,” [the father] told [World Net Daily] “They told us they do not lose cases, and they will substantiate the abuse.”

* * *
A spokesman refused to comment on the case, citing “strict confidentiality laws.”
* * *
“We were told we don’t have a right to know what school our child is going to…”

Read the rest of the article: Father: ‘My children are being held hostage’: Christian homeschooling family broken apart by N.J. agency

NOTE: Clicking on the links above open web sites outside of www.heritagedefense.org, where you will encounter content and images which may be inappropriate and which are not endorsed by Heritage Defense.