When you hire someone to teach your children to swim, you should not have to worry about the instructor making unfounded reports about them to CPS. Twice. 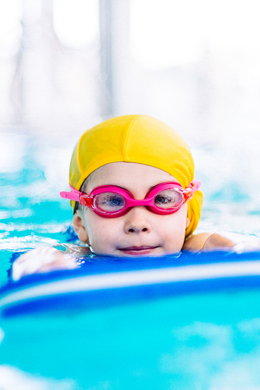 Mrs. Aaron* was at home with her children one afternoon when she heard a knock at the door. When she opened the door, she was met by two social workers from child protective services (CPS) and one law enforcement officer. When Mrs. Aaron asked what they needed, one of the social workers informed her that CPS had received a report of abuse involving three of the Aaron children. Allegedly, two of the children had black eyes and another child had a bruise on his head.

Mrs. Aaron vaguely recalled her elementary-age son having a small bruise on his forehead from some boyhood collision, but she knew the allegation of black eyes on any of her children was false. However, instead of immediately starting to defend herself, Mrs. Aaron politely said, “Would you excuse me one moment while I get my attorney on the phone?”

The lead social worker explained to the attorney the reason for the visit and that CPS wanted to see the children. Mrs. Aaron consented to letting the social workers and law enforcement officer observe the three children on the front porch. The social worker saw the small bruise and agreed that it was not suspicious and looked entirely accidental.

She replied, “I want to ask them about whether there is enough food in the home, how they are taken care of, what happens when they get in trouble, that sort of thing.”

The attorney declined to let her ask the children these questions but allowed her to ask the Aarons’ son about the small bruise. The boy said he did not even know he had a bruise much less where he had gotten it.

With that, the social workers said they thought everything was fine and that they would be closing the case. Before he left, the officer did press the family to provide dates of birth for all the children, including those not listed in the report, for his own records. However, the attorney declined on the Aarons’ behalf since the information was private and unrelated to resolving the allegations. The officer then left after saying his report would also state that the allegations were unfounded and that the bruise appeared to be accidental.

Later, once Mr. Aaron had gotten home, the Aarons talked with the Heritage Defense attorney to explain that they were sure the report had come from an instructor who taught a swim class that these three of their children had been attending. The Aarons struggled with deciding whether to withdraw the children from the class, but ultimately opted to continue, at least for a few days, until they both had time to meet with the class coordinator to make a complaint. However, two days later, the Aarons got another knock at the door.

Mr. and Mrs. Aaron were out and their teenage children answered the door to another police officer. The officer respectfully left his card and said he would be back later. When they got home, Mr. Aaron called the officer. By the time the officer was able to get back to them and come over, it was already after 11 PM. The officer explained that he had been requested to do a wellness check on one of the Aarons’ children.

“Someone from the pool filed a report of suspicious scratches on your child’s face by an unknown perpetrator.” He stated.

Yet again, the Aarons calmly said they needed to step inside to call their attorney, which they did. Although it was after 2 AM in the Heritage Defense attorney’s time zone, the Aarons were immediately connected.

Once the attorney spoke with the officer and the officer saw the superficial half-inch scratch on the child’s face caused by his baby brother, the officer apologized for disturbing the family. The officer described the scratch as, “Small, superficial, and insignificant.”

In the end, the scare to the Aaron family and disturbance of their peace could have been avoided if the swim instructor had just talked with the parents first. If the instructor had done so, the instructor would have learned from the parents that the two children with “black eyes” just had naturally darker eyes that became even darker during swimming and after wearing swim goggles; that getting a random dime-sized forehead bruise is just part of normal life for any rambunctious young boy; and that baby brothers with sharp fingernails sometimes swat at their brothers’ faces.

Mrs. Aaron shares her thoughts on the experience:

I first want to express my deepest thanks for the Heritage Defense team for helping families like ours that have been falsely accused of child abuse. To other dear families, I cannot stress enough how important membership in Heritage Defense is.

We need to understand two things: First, anyone can report anything to CPS and accuse you of abusing your children. The social workers at our door even admitted that they are often checking up on “abused children” only to find that they have allergies or marker stain on their skin!!! Don’t ever think that just because you are good parents with happy children that you won’t be reported. The danger is real.

Secondly, we as parents need to understand our system. The two social workers and the police officers that came to our door, came for one purpose and one purpose only: to decide whether or not to take our children away. Right then. They may say a lot of other things, but the reality is that they are there to make a decision. That means, YOU ARE ON TRIAL. My front porch became my courtroom, the social workers and police officer were the judge, jury and executioners, and I was the defendant. Thankfully, I wasn’t alone. I had legal representation. I had Heritage Defense.

Our case was a simple one and everything went very well, but I can’t tell you what may have happened had Heritage Defense not been there. The social workers wanted to investigate my home and ask invasive questions of my children about the food in our refrigerator, the activities they are involved in, our home life, and what happens to them when they get in trouble. Why? To see if there was any reason (in their minds) they should remove our children. We, of course, declined this line of questioning. The social workers accepted our decision to decline (though begrudgingly) because we had a lawyer. If he wasn’t there and I was declining the questioning myself, I believe they would have pushed back — possibly even using the fact I wouldn’t allow them to question my children against me. That’s a risk no family should take.

That this danger to families is real is the bad news, but here is the good news: God loves to protect His children!! And one of His favorite ways to protect and bless His Children is by raising up other Christians who can provide for that need. That’s what Heritage Defense is. I know money is tight when you are a homeschool family and we all have to prioritize. Please tell all your friends to put Heritage Defense at the top of the list.

If you are a member of Heritage Defense, we hope it is an encouragement for you to know that your membership is going to help families like the Aarons. If your family is ever falsely accused of child abuse or neglect through social services, we are ready to defend you and your rights.

If you are not yet a member, please join today to have 24/7 access to experienced, Christian attorneys ready to defend your family.