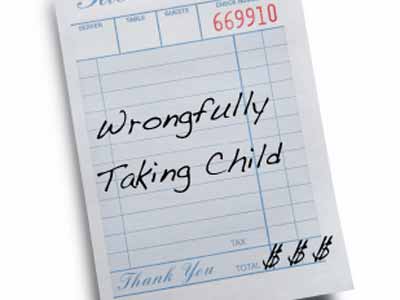 A mother is flabbergasted after being sued by Oregon for foster care expenses. Allegedly, not only did the State of Oregon wrongfully take custody of her son and place him in foster care for two years, the state now wants her to pay for it. This unsolicited invoice is the result of an Oregon law that has long been a recipe for disaster. Not only does Oregon remove a greater number of children from low-income homes, it may charge families an extraordinary amount of money for childcare, placing low-income families at an even greater disadvantage. Even when state agencies wrongfully take custody of children, Oregon can require that parents pay the price for the agencies’ mistakes.

“I thought, ‘You’ve got to be kidding me.’ I’m flabbergasted,” she said Wednesday. “They’re using it to recoup their costs of having him down there, even though they shouldn’t have taken him in the first place. It would have cost them zero if he had been returned home.”

* * *
Police found him riding a bicycle without a helmet, and because they did not consider his stepfather to be the boy’s legal guardian, he was seized and put into foster care. After a near two-year separation, he is back at home with his mother and sister here in Calgary [Alberta, Canada].
* * *
“It’s a bizarre twist to an insane tale,” Tony Merchant [attorney for the mother] said. “It would be like going after somebody who was wrongfully imprisoned and trying to get the $50,000 a year it costs to have them there.”